Okay, no, I don't get it -
because yes, I've seen 'The Da Vinci Code',
and yes again, I've even read Dan Brown's other contribution to Western culture, a page-turner called 'Angels and Demons',
and in that he talks about The Illuminati.

Which, you'll have to agree dammit, sounds a lot like Technorati.
Or is it just me? 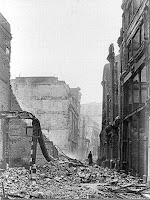 So let's just think about the collapse of that so-called Western civilisation and, if necessary, sit in the corner and think about what we've done....
Posted by Mike Scantlebury at 6:31 pm No comments:

If I had to launch off on a list of corporate Multi-Nationals that are ruining our world, I'd have to start with Microsoft.
(Who wouldn't?)

My particular story goes back a few years and concerns email.
You see, I'm old enough to remember when a bright new company called Hotmail burst on the scene. Founded by a bunch of college geeks, they had the innovative idea of offering 'free' email on the internet, to everyone, without having to go through your usual service provider.
Yep, folks, it was new.
Up to then, in fact all through the 1990s, the only way you could get email was to sign on with an ISP such as Compuserve or AOL and they'd give you an email account as part of the package. Hotmail was different, it was innovative. It was offering email straight from the web.
So, what happened next?
You guessed it. You're right. Microsoft bought it.

Now, maybe they thought they had to be nice to the old clients, and not rock the boat too much, (while they were changing the company, incorporating it into the MS empire, and recruiting millions of new members) but nothing changed for a while. Us old Hotmail members carried on as normal.
Until 6 months later when my account was closed.

Suddenly, without warning, it was gone. I woke up one morning and couldn't log on.
You have to understand, if you couldn't log on you couldn't access the 'Help' file. In other words, there was absolutely no way to find out what had happened. There was no way of contacting the company unless you were a member, and I wasn't. I had been kicked out. Terminated.

It took a week for the penny to drop. Then I figured it out.
I changed my name, slightly, and rejoined. (They allowed that. There doesn't seem to be any system of checking. They can decide they don't like you one day and finish you. The next day they'll welcome you back. How logical is that?)
Anyway, then I was in a position to start asking questions.
I got no answers.
It seems that Microsoft had instituted a 'Contact Us' procedure that took you straight to the Help file. That listed a number of things that could go wrong, and listed a number of suggestions about what might happen and what you might be able to do about it.
The one thing it didn't do is answer the question: Okay, what happened to ME? Why did I get dropped? Where has my account gone?

Are you keeping up? Because, you see, that's now two things. One, is that my account disappeared. Two, is that there was no way of finding out why, and what happened to it.

I never did get an answer from the big boys.
One possible answer came from another source, a friend.
He pointed out that we had been having trouble with a guy in Manchester spreading rumours about our charitable community project. 'Think', he said to me. 'What was the last thing you did before your email shut down?' I thought about it. Then I knew. I had sent an email to the rumour spreader, challenging him to come up with facts and figures. Prove what you're allleging, I said. Put up, or shut up.

He came up with something better. He shut ME down.

We figured it out. He must have written to Hotmail, complaining about these 'abusive' emails he was getting. So the company took action. They pulled my plug.

Okay, okay, I hear you say. Isn't that fair enough? The internet is full of abuse. If it happens, shouldn't the providers take action? Yes, but what action? How about if they had contacted me and asked if what the man was saying was true? How about if they read the correspondence HE was sending out? (Now that was real 'abuse'?) How about if they did something, anything, apart from simply close the account?

Because - and this is where paranoia creeps in - it's the cheapest option, isn't it?
It's got nothing to do with being 'fair' - that would involve investigating the case.
It's got nothing to do with 'abuse' even, because that was alleged, sure, but not proved. (They didn't bother 'proving' anything, they just acted.)
It's all about the company, the people in charge, who have all the power but don't take any responsibility. Not once did Hotmail ever even admit that they'd closed the account. They never supplied any info, any correspondence, from the man with a grievance, from us, from any interested party. They never replied to the emails we sent them, and never answered any questions we sent them.
Of course. They'd have no time, would they? It would distract them from their work (of taking over the world).
The big corporate companies blather on about 'involving the customers', 'responding to feedback', and then set up an automatic Help file that means you never get the opportunity to speak to a real person. Heavens no, because then you might actually complain. This way, Microsoft can explain that they 'never get any complaints' about Hotmail. They don't! They don't let them through.

Still, I'm using Hotmail now.
Would I recommend it to anyone? Sure, but don't rely on it. Accept that your account might be closed anytime, any way, and you'd get nothing - no word, no explanation, no recompense. And, like me, you might lose 2 years of emails, just like that. No recovery, nothing you can do.
I don't think that's right, but hey, I'm just a guy.
There's six and a half billion people in the world and Microsoft wants all of them.
Why would they worry about little old me? 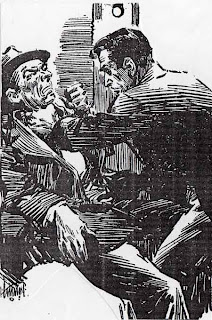 Living across the river in Salford has many advantages.
In fact, I very rarely visit Manchester.
Now I know why.

This lunchtime, Friday, I was persuaded by a friend to go shopping in Rusholme.
We parked behind the halal supermarket and prepared to go in.
Since it was a nice sunny day, we decided instead to walk along Wilmslow Road first and find a place to eat.
We relaxed, and worked on our shopping list over lunch.
We came back to start shopping, and got a shock.
Someone had clamped our car.

Stranger still, no one would admit to doing it!

The supermarket said it wasn't them.
The security company, who eventually arrived and charged us £85 for the privilege of driving away, said it wasn't their fault either.
They blamed the supermarket.
Both said we had been warned.
They said that what we had taken to be a car park was actually a 'clamping zone' and pointed to signs on the far wall, (not visible behind parked white vans).

So, we had to decline the chance to shop in Rusholme and went on instead to the Lidl in Salford, where parking is free.
Come off it, Rusholme!
You want people to use your restaurants, but parking is limited, and the supermarket penalises people who want to both shop and eat.
Our experience?
Rusholme is quick to take money off you, either for food or parking fines, it doesn't matter which.
Now that is not what I would call people-friendly.

Sorry Manchester. It's closer to home for us in future!
Posted by Mike Scantlebury at 6:06 pm No comments: