Most authors who are trying to sell their books online have fallen victim to an obsession with Reviews. Above all, they dream and salivate over the prospect of that wonderful and longed-for ‘Five Star’ Review. Well, fine, you say. That’s the system, right? And it sells books. Doesn’t it? Aw, listen, guys, haven’t you ever heard of the phrase - ‘Think outside the Box’? Well, the Box is the Review system, and it’s a box with chains around it, and jaws. And spikes inside. And razor wire. It needs to change.

The current system of Reviews creates two problems. One for readers and one for writers. Let’s think about writers, first. If you’re new to getting published - cos maybe you’ve written a novel and you’ve put it up on line by yourself - then you will know that all the advice is to ‘get a few Reviews’. That’s the way you get noticed, they say. It will help you sell books. Sounds fine, but, as a new author, where are you going to get those ‘necessary’ Reviews from? Ah, I’ll ask people, you think. No, Chum. Online book-stores like Amazon are way ahead of you. They don’t allow that.

They have algorithms that will check. A Review appears and it’s by someone with the same name? Why, yes, you say. It was written by my sister. Not allowed! Amazon (and other bookshops are available) will delete it. It’s biased, they will say. Of course your family will think well of you. It’s not ‘genuine’, they say. Okay, so you ask your next door neighbour. That’s banned, too. How do they know? Because they know everything about everybody (of course) and the robots know that you, the author, and that person, the Reviewer, have the same Postcode. Right, banned, (because, after all, the woman next door is not going to insult you in print, are they? They won’t want you dumping on their doorstep. They’ll be biased, (the robots say - as only bots can). So you ask someone from your Writing Group. They know stuff about books, you think. They will give you a fair hearing. They won’t be biased. Anyway, who is going to find out? The bots! They check, and discover, that you the author and that other person, the Reviewer, are Friends on Facebook. No good, say the algorithms. Bias, again. Not allowed. Review posted? Review withdrawn, as only an online book-store can.

Baffling. I mean, you’ve been asked to come up with some Reviews but there seems to be some kind of ‘Rules’ operating here, something that’s hardly ever discussed and certainly not revealed by the website. Ever tried asking Amazon how they decide what’s a ‘good’ Review and what’s not? Good Luck with that! Likely, they won’t answer. More likely, they don’t know. After all, robots have their own rules, don’t they? Also, Big Publishers. Yes, the real killer is that all this discrimination only applies to small publishers and Solo Authors. It doesn’t apply to Traditional Publishers. After all, they’ve been around for hundreds of years, so you have to respect their way of doing things, even if it results in bias. Their favoured method is to cultivate a Mailing List of interested readers, who will agree to review the new titles as they come out. Imagine, a Trad Publisher sends out ‘review’ copies to their fifty ‘friends’ and get fifty five-star reviews. Not biased at all. No, and the online bookshops are quite happy with that. The favourable reviews have been bought with the offer of a free copy and the glow of being involved with a big name in the industry. You try that, as a small-time author, giving out a free book and expecting a review in return. Guess what? Amazon etc, (and all the others), have declared such practice illegal, immoral and harmful for small mammals (but only for small publishers etc, not for the Big Boys).

Still, that’s not the end of your unhappiness. You also have to cope with the behaviour of Readers, I mean real people, those who actually buy books (and pay for them). They’re unbelievable! Try it. Approach an interested reader and say to them, ‘Well, actually, I have been lucky and yes, I did get a Five Star review this week’. What do they say? ‘Oh, I never look at Reviews’, they say. Or, ‘Reviews are only one of the factors I rely on before deciding to buy a book’. Oh, really? The facts are different. As an internet author, I can check my sales regularly. Every day, if I want. So, I can see one of my books sold that many, that day. Then, the next day, so many. Then - Oooh, there’s a spike in sales. What caused that? I look at the online bookshop and see that a few favourable Reviews came in that day. Five Star Reviews? Sales go up, (just as the Gurus said they would). Problem is, you can never find the people who did that. Ask. Ask, ask, and ask again, and the readers you encounter will say, ‘No, not me’. Maybe those people don’t want to admit they’re so easily swayed. Maybe they don’t want to look shallow. But the fact is that I’ve confronted crowds and dared them to admit they buy a book simply because it has good reviews and guess what? Nobody holds their hands up. Those easily persuaded, sheep-like buyers, clearly don’t exist. They’re just imaginary. Real buyers are all really discriminating and make their decisions based on personal preference and their own tastes. They do. Or, at least, they say they do.

I call it ‘The Tyranny of the Stars’. Every writer, every reader, finds their future is in the stars. Sales come from stars. Five Stars, best of all. Well, that’s the way it’s working now, and don’t imagine things are going to get better. Recent experience shows that ‘The Rules’ are getting tighter every year - for small publishers and solo authors, at least. No, the Box won’t get more friendly or more open. Not until some enlightened person picks up an axe and smashes the whole sordid charade with a killer blow. 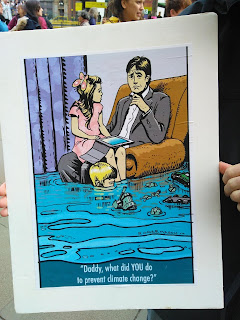 Posted by Mike Scantlebury at 1:56 pm